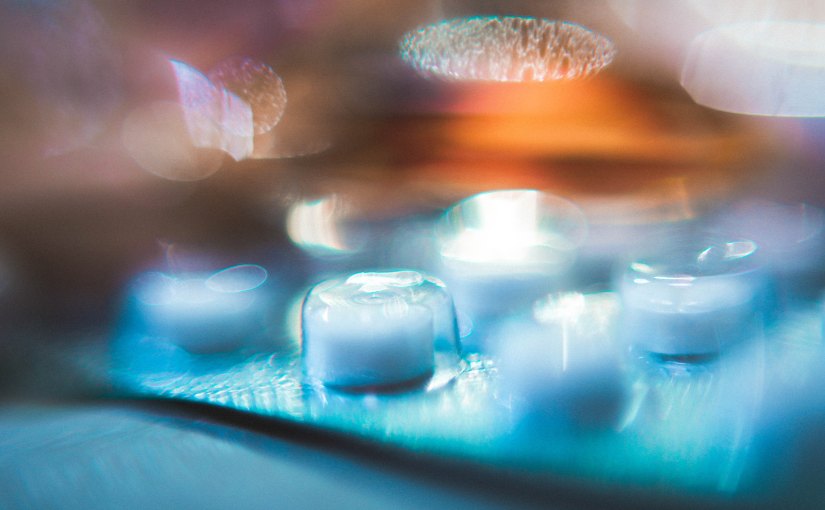 The recent conferences and events highlighting the impact of IAPT, and discussions around the medicalisation and industrialisation of therapy on social media, have left me wishing to directly address the significance of the medicalised language of SCoPEd.

The psychoanalytic skew of SCoPEd’s expert reference group has been well documented, and this apparent bias is reflected in the tone and language of the framework itself. Strikingly, the language appears to become increasingly medicalised the further up the competency continuum you go, suggesting that an approach to therapy which aligns itself with a medical model is associated with higher levels of competency.

Some key examples can be found in section 2: Assessment (see below) 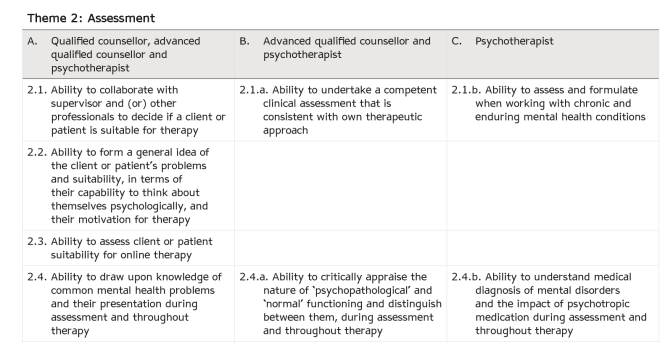 The reality is that many non-‘advanced’ and ‘advanced’ counsellors are working at column C on this, and many other therapists, from all columns, reject diagnostic models altogether. The debates around pathologising distress are well-known, and the SCoPEd group seem to have completely disregarded how limiting, exclusive and irrelevant this framework is to large sections of the profession, and clients too.

Of course, the SCoPEd framework is an outrageous misrepresentation of counselling and psychotherapy theory and practice. So what have the BACP said they will do about this, in response to an unprecedented tidal wave of criticism? Well, technical group chair Fiona Ballantine Dykes has stated that they plan to recruit new members to the ERG to help with the language.

Secondly, this is about more than language. This isn’t just a few misplaced words. The entire thrust of the research is about differentiating counselling from psychotherapy, and enshrining diagnostic-leaning trainings in the process. Take a look at the placement requirements for the top tier:

We are talking about a requirement for psychiatric placement experience, and at the very least, mental health familiarisation, even for the middle tier (as an entry point). So therapists, including many of a person-centred orientation, who reject the concept of therapy as a branch of mental healthcare, will never achieve the top tier. As a reminder, these titles are not owned by anyone; what right do these organisations have to define what we do?

I am deeply concerned that the same three organisations behind SCoPEd are instrumental in the development of the new All-Party Parliamentary Group. When a group with such rigid and inaccurate ideas about therapy, who have continued to steamroller a project without member-support, get their foot in the door of parliament, I think serious questions need to be raised about what they are doing, and why.

Important: Tara Shennan and I have submitted a BACP AGM resolution for the discontinuation of BACP’s association with the SCoPEd project. If you are a member of the BACP please vote for the resolution when the voting opens on 19th August, and again at the second stage in October. BACP resolutions are really difficult to get passed, and we need a lot of support now and going forward. Follow me @aclientfirst Counsellors Together UK @UK_Counsellors and the Alliance for Counselling and Psychotherapy @Alliance4CP to keep up-to-date with the campaign.

8 thoughts on “The Medicalisation of Therapy – What can we infer from the language of SCoPEd?”